The tour was arranged through a contact that Sejin had in China and took place from 13 to 20 October 2018. Whilst we had no difficulties getting visas for North Korea some of the group discovered on arrival at their Australian airport departure point that the airline also insisted on a visa for China. This was because our forward flights to the DPRK were not on the normal airline system and it appeared to the airline that we would be in China for over a week.

We started the tour from Shenyang in China and it was fascinating and straightforward. We did not, of course, go near any of the military or nuclear installations but we were able to see some of the agricultural facilities as well as the standard tourist destinations. Despite some alarm by friends and family we all returned without mishap, apart from one of us who fell and cut her head and received good medical treatment. Five of us were vegetarian but that proved no problem for our hosts.

We stayed in the capital Pyongyang which is a modern city about the size of Brisbane. The entire original city was destroyed by US bombing during the Korean War.  Having a blank slate to build on the North Koreans have constructed a beautifully planned city with wide streets, predominantly public transport, and safely separated bicycle lanes.  The buildings show startling architectural originality, the public areas are clean and life is orderly – perhaps a little too orderly for Australian tastes! 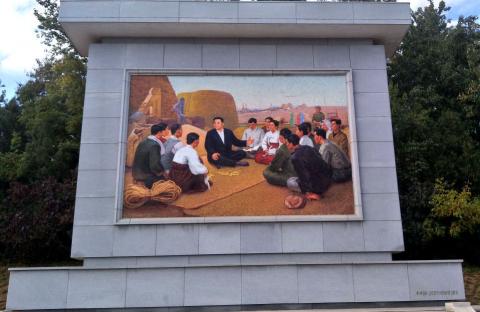 There is no advertising in the DPRK in the sense that we know it. However, most workplaces have large slogans and photos of the ‘Dear Leaders’. In some cases there are large mosaics, paintings and statues of the Leaders and on two occasions we were asked to bow to their Leaders’ statues.

Because of the UN sanctions petrol is very restricted and there were few cars on the roads.  However, buses, trams, trolleybuses and an underground railway provide very effective public transport in Pyongyang. Virtually all labour is manual and the roads outside the city were not in good condition.

We were surprised at the number of tourists, mostly from China and Taiwan and a few from the EU.  There is a rather inflexible tourist schedule and at every major monument or centre of cultural interest you will find tourist buses.  The aim of tourism is to impress tourists with the achievements and skills of the North Korean people while keeping them separate from the local population.  This we found difficult and kept stressing that ours was a friendship tour and we wished to have a relationship with the local people wherever possible.

We were especially fortunate that American Quakers, through the American Friends Service Committee (AFSC), have been working in North Korea for the past 40 years and have a good reputation for assisting with agriculture.  This made it possible for us to see places not on the usual tourist itinerary.

We met two senior executives from the External Cooperation Department of the Ministry of Agriculture.  They were familiar with the farms that had been helped by American Quakers and spoke with surprising frankness about the difficulties imposed by sanctions – lack of oil means a shortage of fertilizer and fuel for agricultural machinery.  They pointed out that this makes the life of farmers very labour intensive and they seemed interested in the possibility of Australian Quakers helping a farm in North Korea.

We were able to visit a farm where Quakers have worked and had two experts on agriculture in developing countries as part of our group.  In our week of travel we saw no more than half a dozen tractors (in poor condition) and only one piece of very old agricultural equipment – a threshing machine. 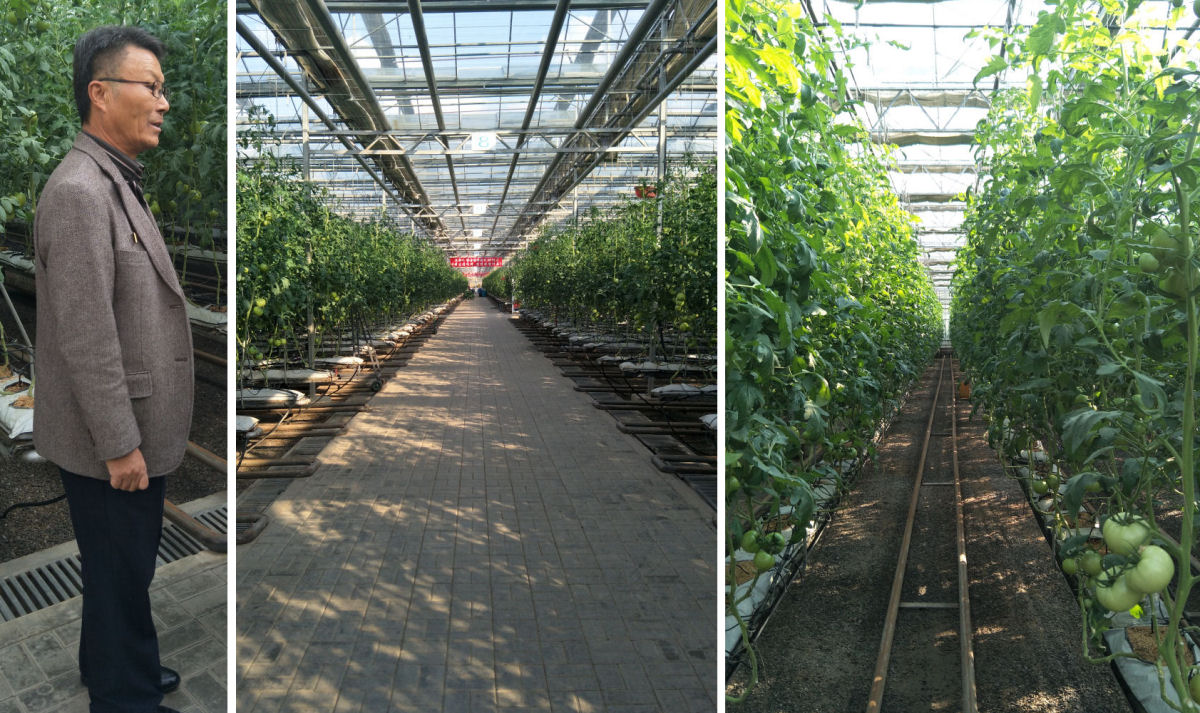 We were also able to visit the Pyongyang Institute of Vegetable Science – a huge and very modern set of greenhouses which were used for growing food as well as research. The Director lamented that sanctions made it impossible to import new varieties of seed which might increase productivity.

There were some challenging aspects to the tour.  North Korea is a country very concerned with racial difference – the entry form asks you to state your race as well as your nationality.  In the hotel the Europeans had a different dining room from the Chinese tourists, so it was a good witness that our group was racially mixed and we were able to eat together.

Apart from some limited Buddhism (we were told the monks pray for the good of the people and leaders) religion is banned.  You cannot take a Bible into North Korea but our guides got used to Quakers falling into silence at mealtimes and other meetings. We had no trouble with taking cameras and phones (although of course there are no phone or internet connections for foreigners in North Korea) and had only two or three instances of requests not to take photos.

Another thing that was difficult for Quakers – especially Australian Quakers – is the great respect for authority.  The North Koreans revere their leaders, especially their founder Kim Il Sung.  We came to see this as a genuine sentiment.  At every place we visited we were told it was established by the wish of a Great Leader, and we learned every date on which one of the leaders had visited. 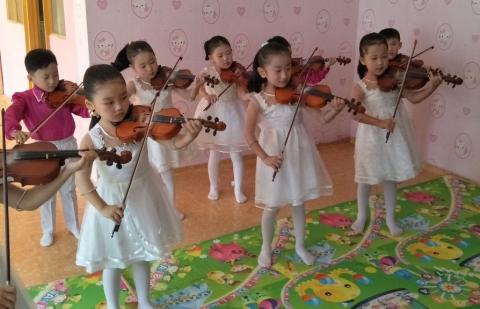 Guides were sometimes flustered when we asked questions about other aspects of the school, farming cooperative, factory or cultural centre.  Sometimes they were amazed that tourists were interested in Korean culture, sometimes they thought our questions intrusive.  Our guides, who were used to dealing with Chinese tourists, found us a bit hard to handle but good humour generally overcame our differences.

We visited child care centres and schools, adult schools, a museum and some amazing entertainments. Pyongyang has the deepest underground railway in the world (200m in some places), the largest stadium in the world (150,000 people) and some other remarkable buildings.

Constant through the trip was the call for reunification – the North Koreans see it as ‘one country, two systems’ under which they keep their political structure. However, they see the US as the stumbling block which is why they have developed nuclear weapons as a bargaining point.

We naturally came back with many ideas and questions. Of course our experience was superficial and carefully controlled. Tourism is available in North Korea although not easy to organise. The sanctions are causing severe problems for everyday life of the North Koreans.

Members of our group came from every State except Tasmania and are happy to give talks or provide more information about our trip. If you would like to contact any of us you will find a contact button on our Home page.

We are hoping to arrange another tour in 2020, possibly in May or later in the year. If you interested in being kept in touch, please email us and we will put you on our mailing list. Even if you can't go on the next tour you are welcome to go on our list so we can keep you up to date on developments.