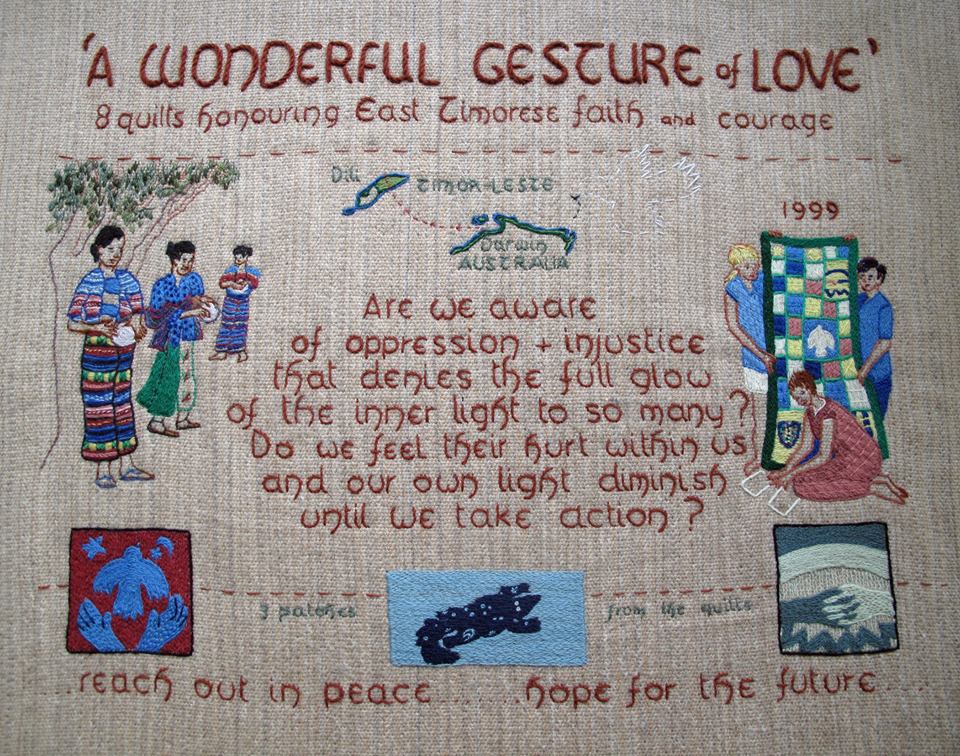 Support and encouragement for the people of Timor-Leste

Not far from East Timor, a Darwin Quaker, Robyn (Robbie) Giblin, was concerned by the continuing violence suffered by the East Timorese. She responded in August1999 by drafting an invitation to ‘Make a Piece for Quilts for East Timor’, checking the idea with Rob Wesley-Smith, a Darwin supporter of East Timor. Her aim was ‘not a work to focus on politics or tragedy, but to acknowledge the pain, fear, loss and grief of a people who have suffered war for twenty five years and who have in the face of it shown incredible courage, spirit, hope and faith’.

Robbie wrote again in September to encourage people to continue sending pieces for the message quilts. By then the East Timorese had voted overwhelmingly for independence. In reaction, the Indonesian army and militias devastated East Timor with massacres, destruction and arson. By December Robbie hoped that those working together on quilt pieces symbolising qualities of caring, compassion, faith and love, would find an ‘energy that is powerfully healing’. She was then working in Dili with OIKOS, a Portuguese Humanitarian Aid and Development organisation, conscious of the need now for ‘courage…in forgiveness and tolerance, and in persistence towards peace and integrity’.

Many pieces arrived from all over Australia. Some came from New Zealand, Belgium and France, from people of all ages. Darwin artist, Kate Fernyhough, intended the dove in her lino-print (at left) ‘to symbolise freedom for the Timorese people’. The joined hands symbolised friendship. The crocodile reminds us of the legends surrounding East Timor’s beginning. The words in the centre of the panel are from Australia Yearly Meeting Epistle 1975. There were enough pieces for Robbie, Pam Johnstone/Hamill and Andie Martin (right, left and centre), to make four quilts. Another four quilts joined the collection: two from the Jezebel Quilting group, Victoria, and one each from the Migrant Resource Centre, Alice Springs and Jenny Armour, Darwin. In May 2003 Kirsty Sword Gusmao, First Lady of the Democratic Republic of Timor-Leste, accepted the quilts in Darwin as a ‘wonderful gesture of love and support for East Timor’. The Alola Foundation Centre for Women and Family, of which Kirsty was the founding director, features the quilts on its walls in Dili. 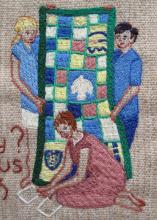 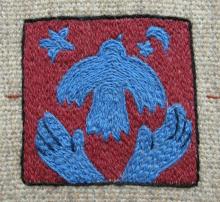 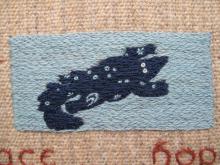 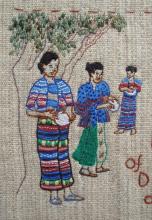 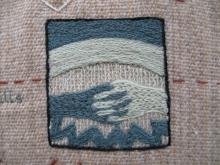