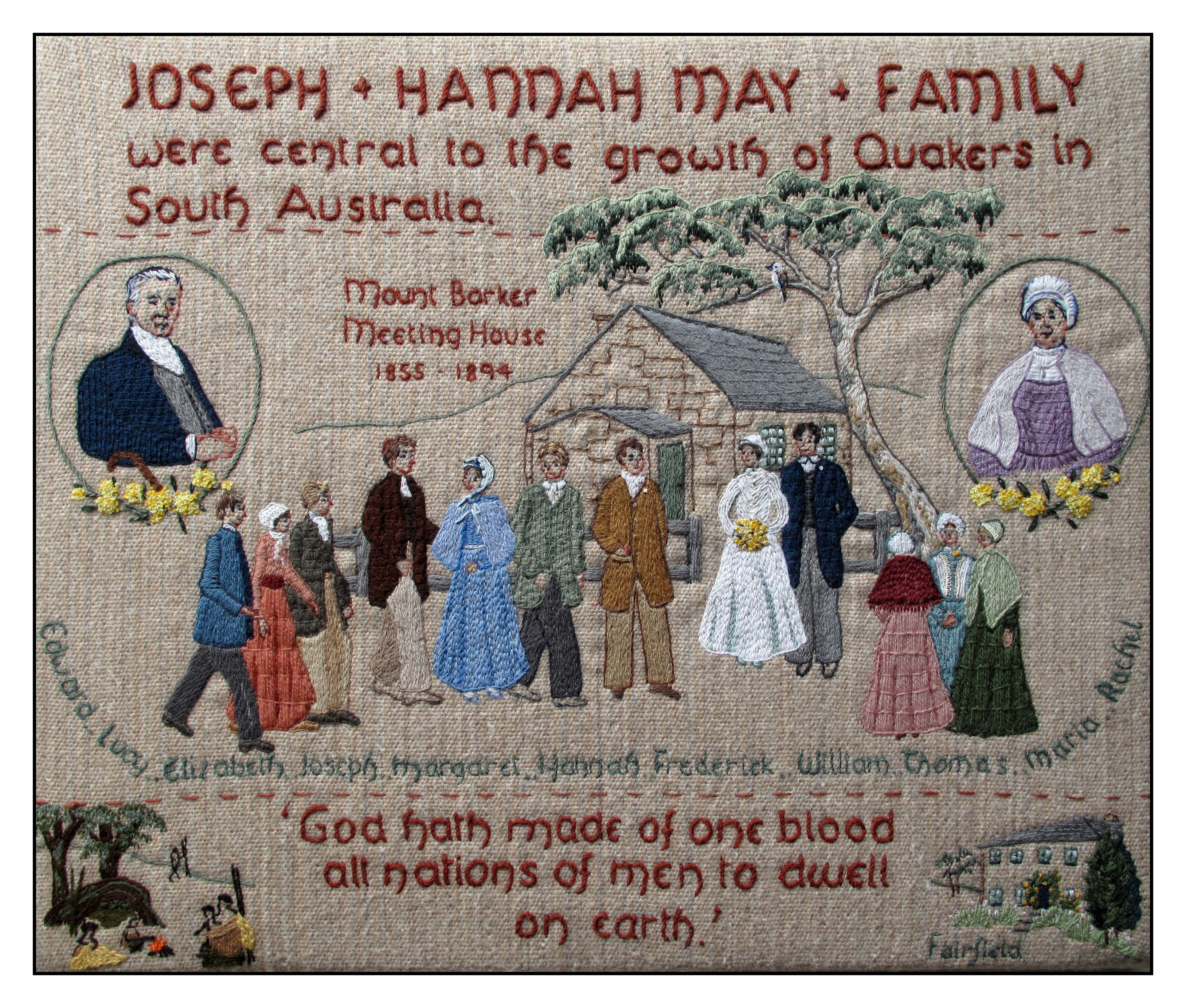 Joseph and Hannah May, their five sons and six daughters and Joseph’s brother, Henry (described as ‘of weak intellect), migrated to South Australia on the Anna Robertson in 1839.  Joseph, Hannah and Henry were aged in their fifties.  Joseph had been a chemist in England.

A contemporary described them thus:

They were a Quaker family of the olden time, and had brought with them from the old country the language, manners and principles and to some extent the dress of the early Friends, and here they began their colonial life, farming, gardening and dairying, all putting their shoulders to the wheel, even the little girls helping.  And what a life it was.  The work was all new to them, for they were town, not country people.

The embroidery shows a bride and groom at the gateway to the Meeting House.  Four of the May family were married in the Meeting House.  The first wedding in 1855 was of Elizabeth May to William Sanders.  The names of  all Joseph and Hannah May’s children appear below the wedding scene.

The May family were instrumental in ensuring the survival of Quakers in South Australia, especially as each child (except Thomas) married another member of the Society of Friends. At this time there was no structure for applying for membership, so if a couple wished to marry and one of them was not already a member of the Society of Friends the non-Quaker was not able to become a Quaker.  The Quaker partner was disowned for ‘marrying-out’ by their meeting of origin in England.  The first acceptance into membership in South Australia was not until 1850.  Disownment was drastic and cruel, particularly in Australia where there were insufficient young marriageable Quakers.   The Society of Friends became at risk of dying out.   This Quaker law was changed in 1858 by London Yearly Meeting.

The Aboriginal scene, the May home, Fairfield, and Acts 17:26 which was quoted by William May after helping in a traditional Aboriginal funeral ceremony, depicts the harmony and mutual respect held one for the other.

After seven years of living in temporary accommodation on the farm, Fairfield was built to house the large family.  Fairfield became known as a gathering place for Friends from overseas, as well as Friends visiting from other Australian Meetings.   A friendly kookaburra frequented Fairfield and can be seen in an old wedding photograph.  The kookaburra is stitched in the tree above the Meeting house. 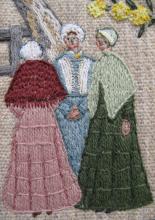 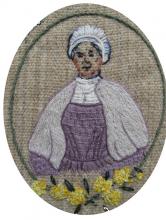 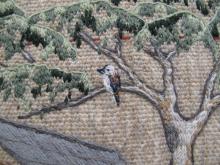