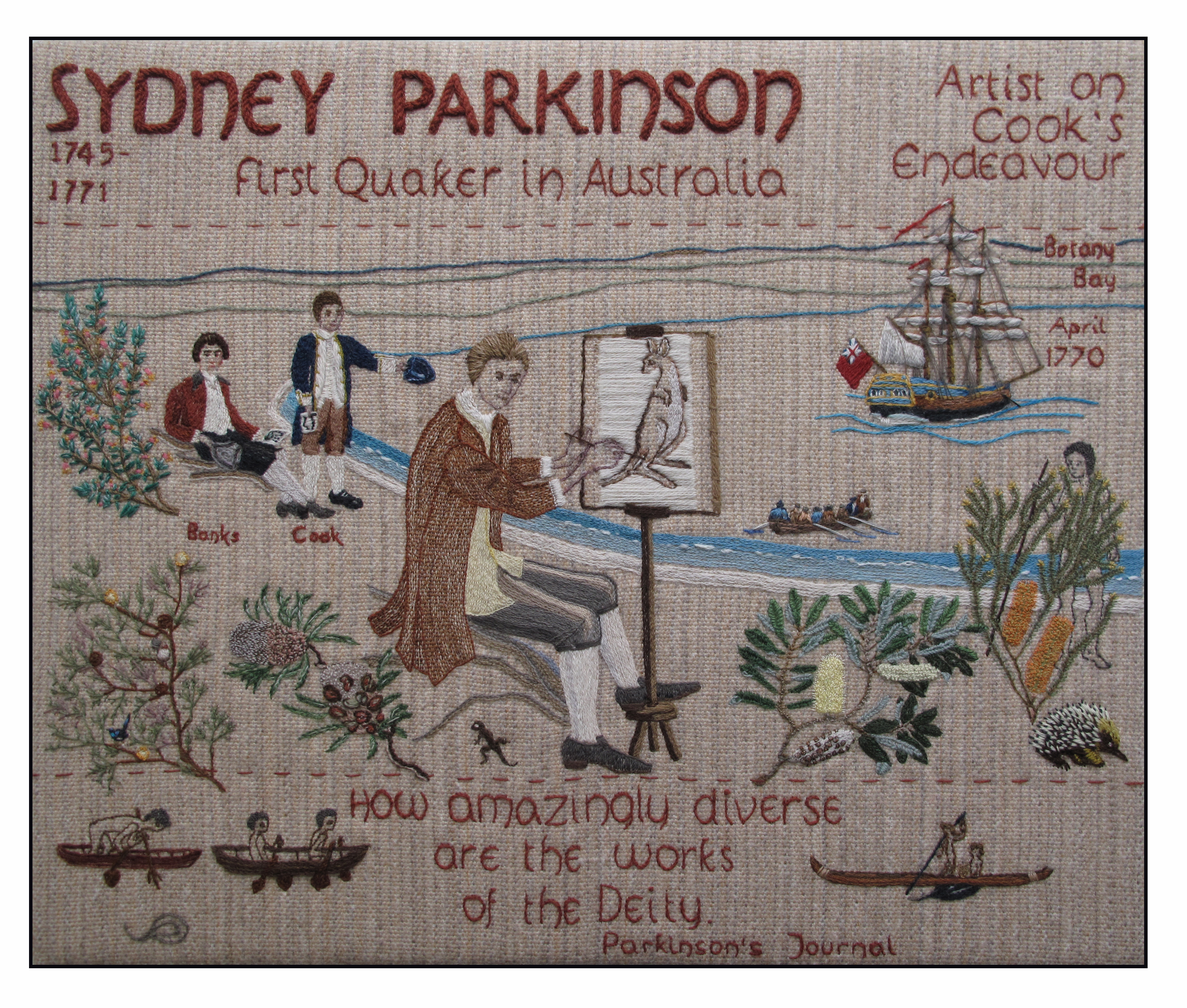 In the period when there was no photographic media all images were drawn by artists.

Sydney Parkinson was an acknowledged botanical artist who was chosen to travel with Joseph Banks on his famous journey with Cook on the Endeavour to witness in Tahiti in 1762 the transit of Venus across the sun.   Banks was an ardent collector of plants who became famous and rich thanks to the illustrations and samples he was able to bring with him back to Europe.    Parkinson was employed to draw all botanical specimens collected on the Endeavour journey.   A second artist, Alexander Buchan, was responsible for landscapes and coastal views.   Buchan, an epileptic, died unexpectedly in Tahiti and Sydney Parkinson took over all Buchan’s responsibilities.

By the time they landed in Botany Bay, pictured in the embroidery here, he had refined his drawing technique to only drawing a leaf, root, flower, seed or other distinguishing feature of a plant.   In this way he was able to draw an extraordinary number of plants in only a very short time.  He made 955 drawings of flora – 675 sketches and 280 finished drawings – and 377 drawings of fauna.  Many of these appeared later in the 35 volumes of Banks’ Florilegium.    He did however draw and paint other things, including the tattoos and life of the Maori and other Pacific Islanders, the coastlines and approaches to anchorages throughout the South Pacific, and pictures showing the Endeavour careened at Cooktown.

After the shipwreck in Cooktown all aboard the Endeavour spent time recovering in Batavia, modern-day Jakarta.   Shortly after leaving there Sydney Parkinson became very ill, possibly from malaria, and died on 26 January 1771, aged 26.

His brother felt it was his right to publish Sydney Parkinson’s journal which caused irritation to Joseph Banks and great distress to Parkinson’s Quaker mentor, Dr John Fotheringill, who bought back all published copies of the journal.

By accompanying Cook on his Endeavour voyage Sydney Parkinson was able to travel, as in Cook’s words, “as far as a man may go”.    He is remembered as the first Quaker to visit Australia.  (It should be noted that Cook had learnt to command sailing boats for a Quaker family with whom he lived for many years, and that Joseph Banks was engaged to a Quaker girl at the time of his Endeavour voyage).

They were collected by those on board the Endeavour, sketched and partly coloured by Parkinson, and completed after his death, by artists in England.  The artist who completed the kangaroo was George Stubbs.

The plants embroidered here are, from left to right:

This panel was designed and stitched by Cathy Davies. It was the first panel completed in the project. 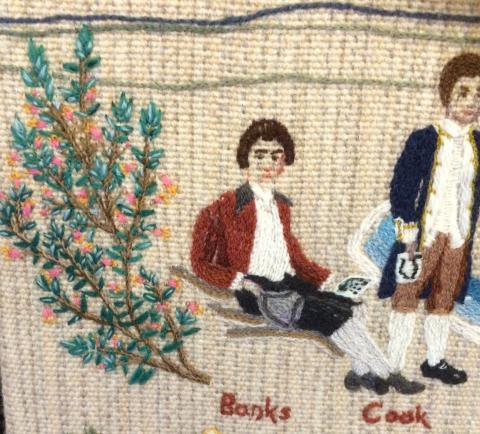 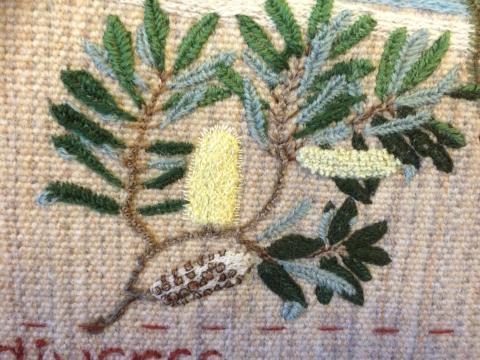