The Vigil for Justice

The Vigil for Justice. 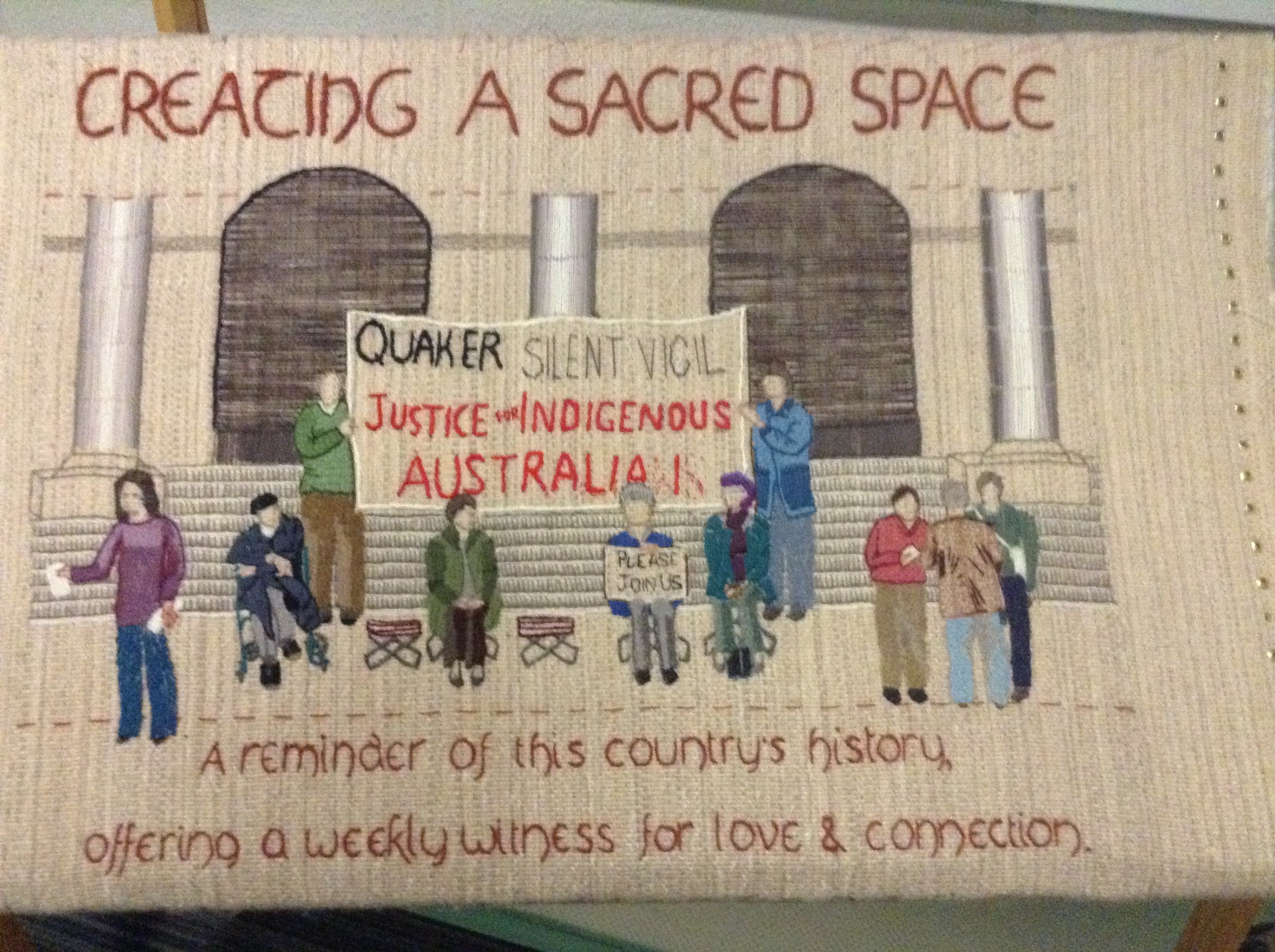 In 1997, alarmed by Australian racism and cruelty towards Aborigines and Torres Strait Islanders, five Victorian Quaker women became witnesses to their love for these people, by launching what they called the Vigil, now portrayed in the stitches of the Vigil Tapestry. Two of the women raised a banner with the words: ‘Quaker silent Vigil supporting Justice for Aborigines/ First Peoples of Australia’. Others sat on stools in front of the banner, near the steps of the former Melbourne Post Office, with a placard inviting some of the passers by to join them. Another stood to hand out pamphlets in the busy Bourke Street Mall at the heart of Melbourne.

Pamphlets outlined Quakers’ distress about colonists’ and assimilationists’ massacres, tortures, imprisonment of Aborigines and stealing of their children. On the positive side, Quaker women requested other Australians to join them in showing respect for Indigenous people, their elders, cultures, traditions, and support their identity as Indigenous Australians, through necessary federal legislative changes for promoting   treaties, shared sovereignty, and land rights.

The Vigil, now twenty years old, has remained in this noisy spot, first habited by gulls, and now a haven for buskers, in silent witness of these Quaker values, being supported by four successive groups of Quakers and friends of Indigenous Australians. This tapestry now proudly presents a record of their love borne witness to the need for integrity, non- violence, and reconciliation, in the social and spiritual life of Australia. 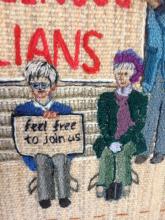 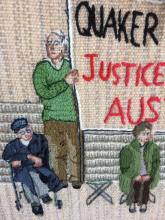 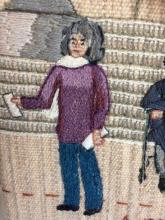 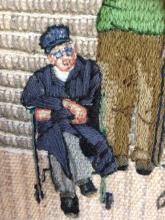 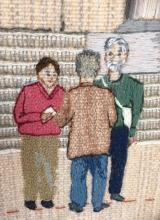