In the 1950s Quakers throughout Australia became concerned with the situation facing the mixed indigenous populations living and working around our cities. Many Friends joined the small citizen’s groups and committees that were organised as educational, welfare or pressure groups for Aboriginal advancement.

Friends Service Council (pre Quaker Service Australia) made the support of a Friends Centre near Perth, Western Australia, one of its major interests. A Citizens Voluntary Committee had set up the Allawah Grove Administration as a pilot project for community advancement, moving many young families out of camp situations to more stable temporary accommodation at an old air force base in Midland.

In 1958 a small group of Friends, guided by Cyril Gare and Elsie Gare, and with the support of the Perth Monthly Meeting, set up this Friends Centre to make contact with the part-Aboriginal women of Allawah Grove. Activities included sewing, which allowed the young mothers to alter donated clothing to fit their children; bark picture-making, which provided an income; home-making lessons, discussions and the organisation of a kindergarten. There was also a community newspaper called Bebilwongai (people talk), mostly written by the Aboriginal people accommodated there.

Perth Friends supported the purchase of a Kombi van which allowed the children to be taken on excursions to movies and theatre shows, even the beach, in Midland and Perth City.

The kindergarten at Allawah Grove, organised by Elsie Gare and Celia Taylor and where they volunteered, was the first Aboriginal kindergarten to meet standards set down by the Kindergarten Union of WA to prepare children with the essential training for acceptance at a primary school.

Allawah Grove was considered a starting place for families to transition to urban living, mostly into government housing. It became a place to assist families and especially young Aboriginal mothers to live and grow in community with an address and support so that they could apply for more permanent housing through the Housing Commission.

Allawah Grove was closed down in November 1968 and families were expected to adjust to suburban living when homes became available. The Gares continued their support for community care for families.

Designed by Beth Harcourt, stitched by Tricia Wood, Vivienne Dawes and other members of the West Australia Stitching Group 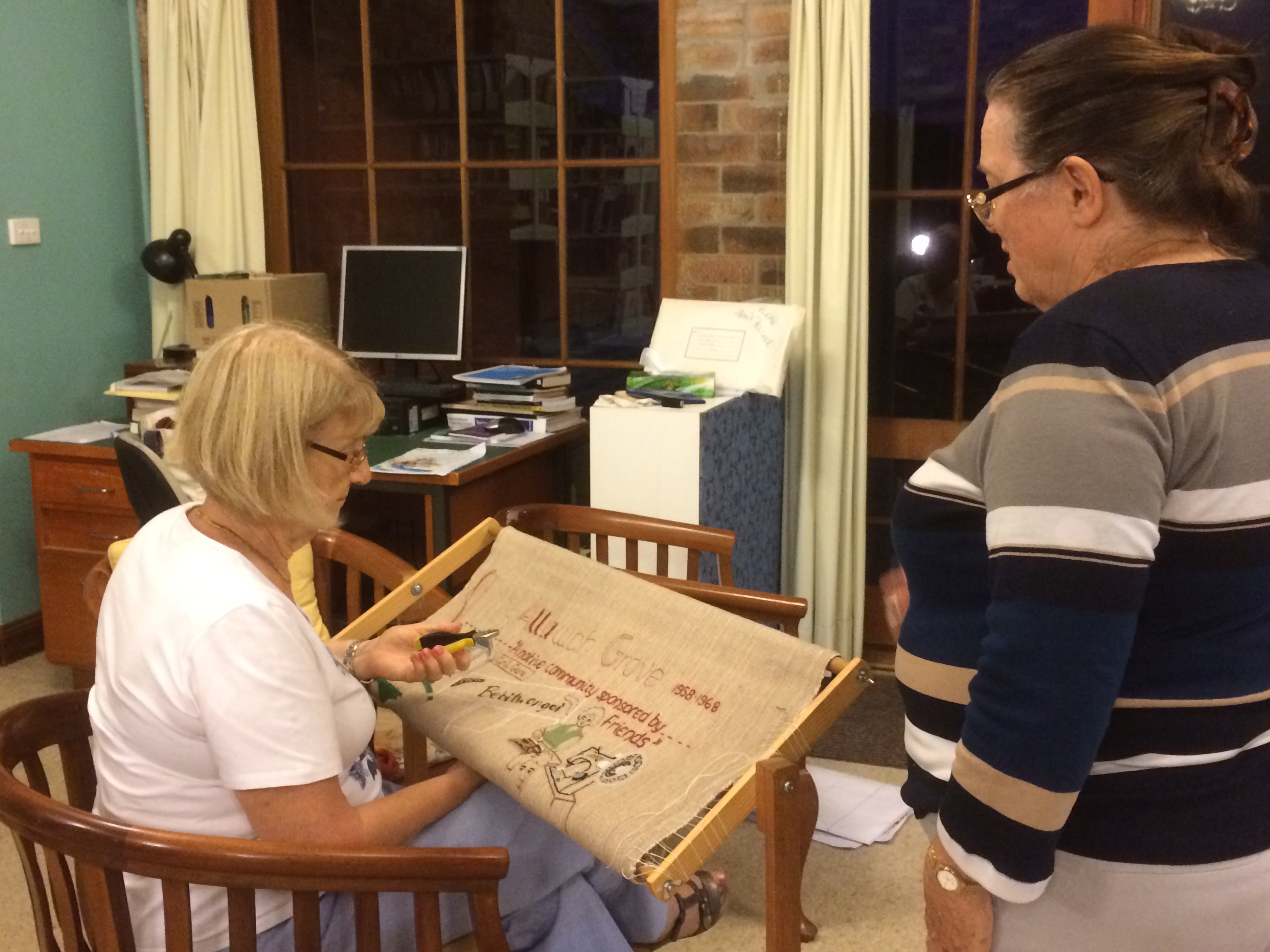