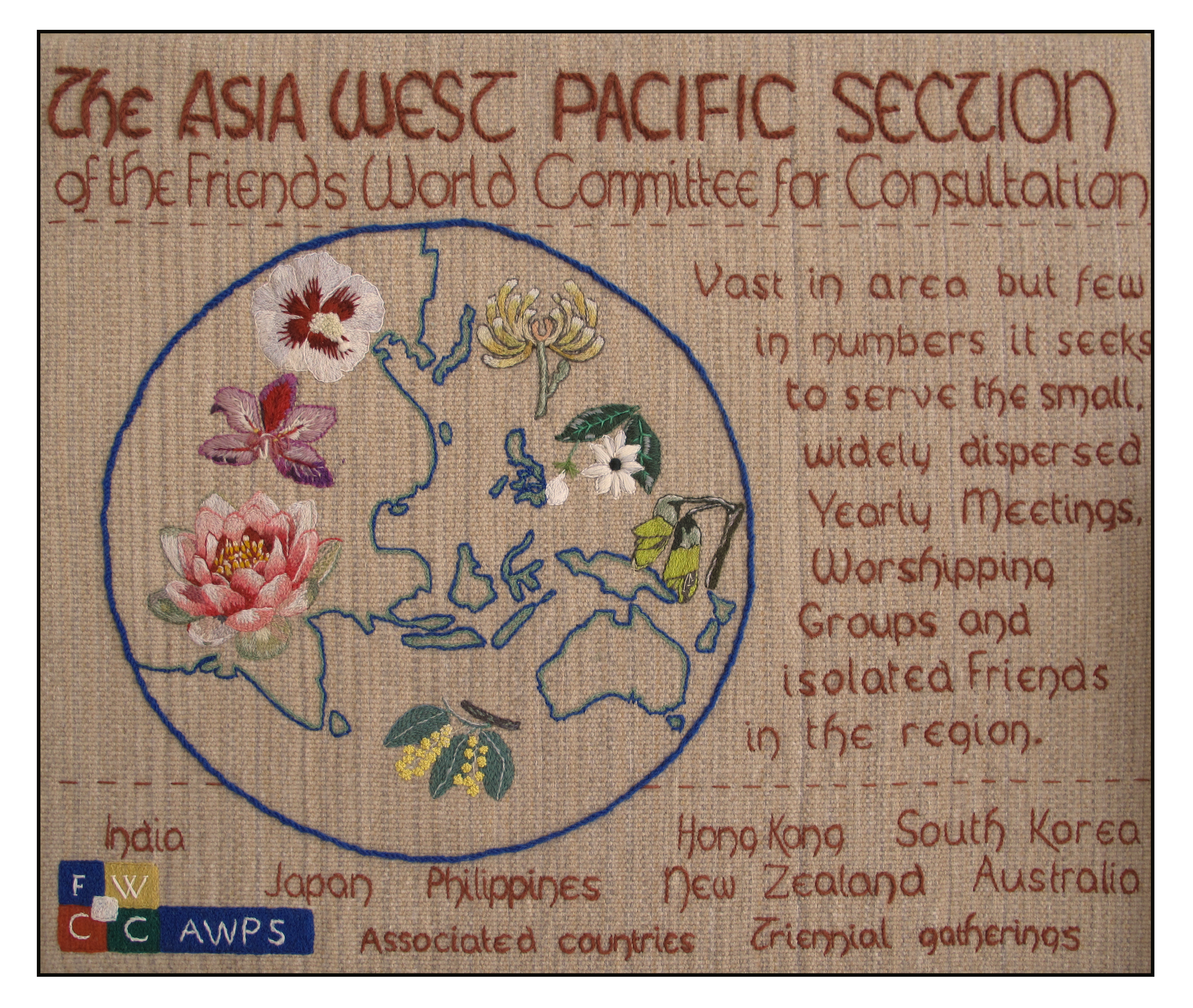 Friends World Committee for Consultation (FWCC) encourages fellowship among all branches of the Religious Society of Friends. Since 1937 it has connected Quakers in all regions of the world, spanning our rich diversity of regional cultures, beliefs and styles of worship.

This Panel celebrates AWPS, and illustrates floral emblems of several of our member countries.

Soft pink-to-mauve bauhinia trees thrive in Hong Kong SAR. The first Friends set out for China in 1662 and by the 19th century were active in opposing the opium trade: Hong Kong Quakers describe themselves by saying:  ‘Our numbers have never been large but we have also rarely hid our light under a bushel.’

The white with a pink heart hibiscus of South Korea represents Friends in Seoul and Daejon. Quakers first came to Korea after the War in 1950 to support refugees with food, medical assistance and educational needs, and in 1957 a local Meeting started in Seoul. Conscientious objection has been a key issue for Korean Quakers and Friends have gone to prison.  The American Friends Service Committee have a presence in North Korea.

The golden chrysanthemum symbolises Friends in Japan. Quakers came from America to Japan in 1886 and in 1887 Tokyo Friends School was founded. The first Friends Meeting House was built in 1890 and today there are Meetings in Mito, Osaka, Shimotsuma, Tokyo and Tsuchiura, some involved in early childhood education.

Jasminum sambac from the Philippines has a pure white scented flower. There are evangelical Churches in Manila and Samar Island, and an unprogrammed Meeting in Bohol. A Friend from Bohol says: ‘I worship with two other Quakers in the residence of one of us. Just right for a tropical climate, it’s very simple.’

There is a rich history of Quakers in India, represented here by the beautiful lotus. Today there are several Churches in central India, where Friends Rural Centre in Rasulia, Madhya Pradesh, has been a centre for rural development for over a hundred years. The Centre has served many purposes over the years: the land is farmed and Indian Friends meet at the centre for retreats and educational programs. There are also four Friends schools in Madhya Pradesh.

And for Australia, the golden wattle. Many different species of wattles are native throughout the country, reflecting the shared roots and varied concerns of Australian Quakers.

The panel was designed by Robin Sinclair of Adelaide Regional Meeting. 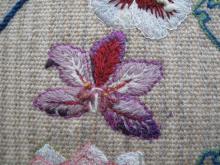 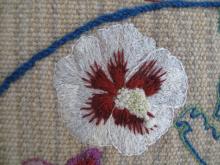 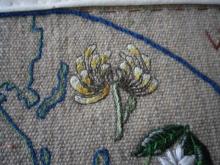 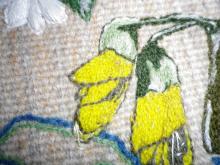 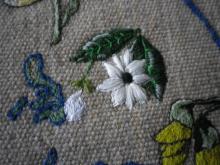