Backhouse and Walker try the treadmill 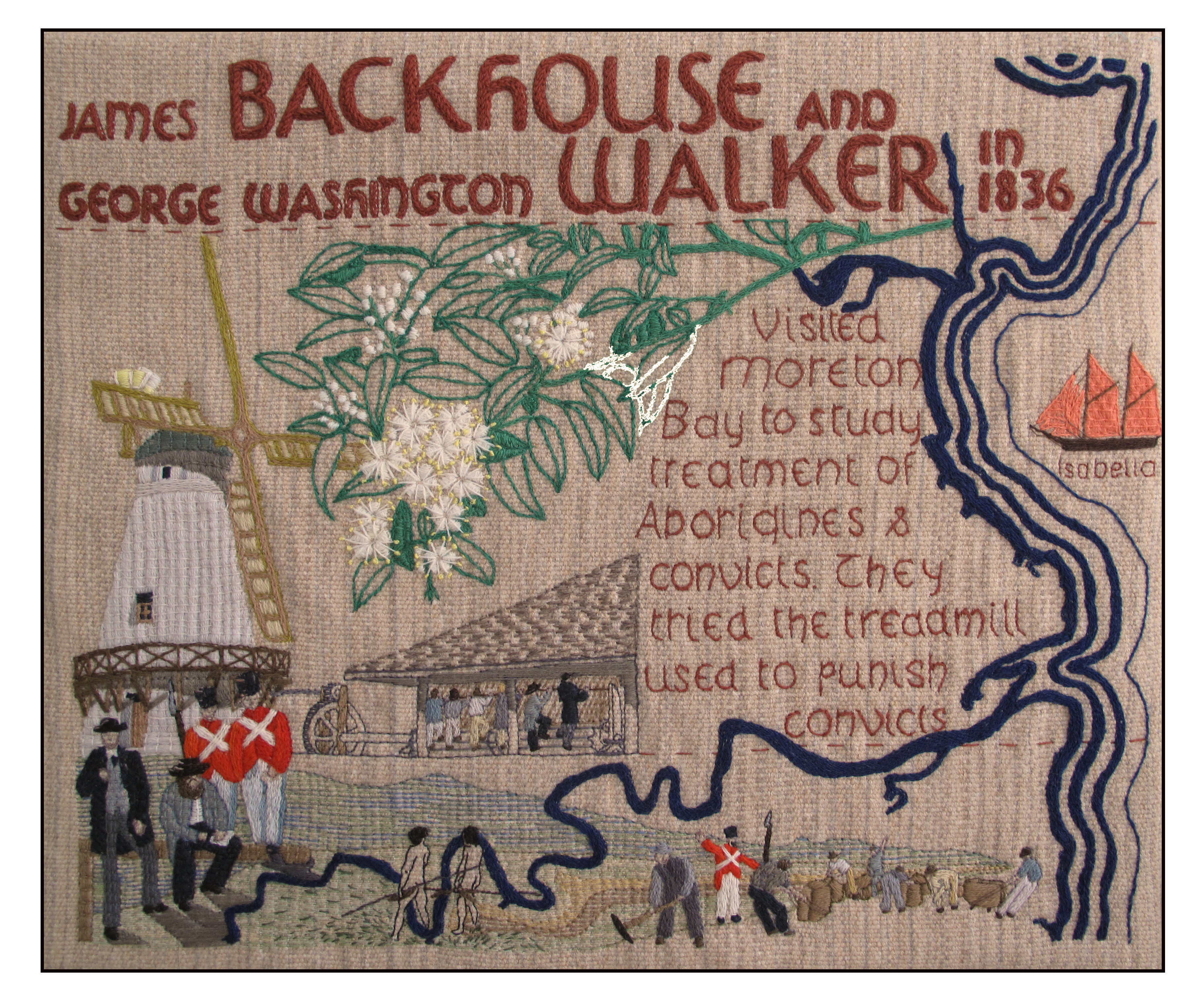 Quakers James Backhouse and George Washington Walker visited the Moreton Bay Penal Settlement (now Brisbane) in 1836 during their travels through the Australian colonies (1832 – 38).  As part of their investigation of the penal system, they were shown the treadmill, an alternative source of power for the mill.

Illustrated is the the graphic account by the commandant of the penal settlement, Captain Foster Fyans, of the two Quakers experiencing for themselves the convicts’ punishment of working the treadmill:

On the mill they would go … Quakers addressing me from above, Friend, severe work, very, very, Friend … away it went at full speed, after giving       the Quakers a good heat of ten minutes, the mill was stopped and Friends came off with thanks, blowing and puffing and short smiles.*

The mill still exists on Wickham Terrace, Brisbane, but the illustration shows its appearance at the time of the incident, according to Professor Ray Whitmore’s study, Industrial Archaeology of the Tower Mill’. The treadmill itself has been adapted from a print of the time by Geoffrey Ingleton.

Backhouse and Walker were also concerned about the treatment of the Aboriginal people and so the panel shows them overlooking the scene of traditional life taking place beside penal colony work. Soldiers’ uniforms are those worn at the time, taken from multiple sources.

The river and the location of the mill are collaged onto the picture, structuring the image and linking other elements of the composition, including the schooner Isadora, on which Backhouse and Walker arrived, and a branch of the Backhousia citriadora, named for Backhouse from his botanic observations on tour.