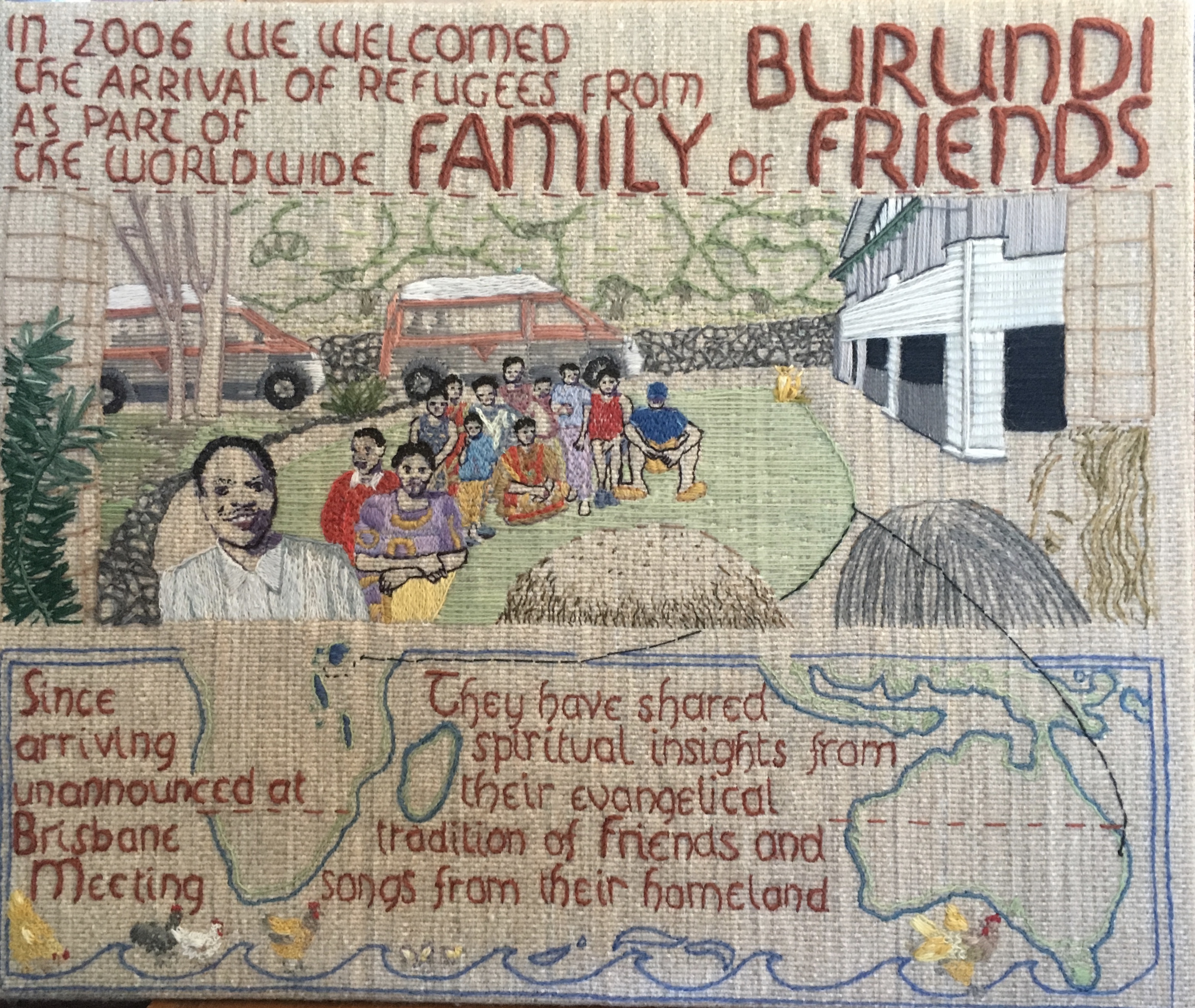 As a result of violent conflict many Burundians fled to neighbouring African countries, including Tanzania, Rwanda, Uganda, Zimbabwe, Malawi and the Democratic Republic of the Congo. They also started arriving in Australia.

In 2006 there were 753 Burundian-born people in Australia with 188 in Queensland of which 166 lived in Brisbane. 83% were aged between 0-39 years. They speak Kirundi and French and some speak Swahili. The majority of Burundians are Christian. New arrivals continue to this day.

Thousands of Burundian refugees have spent years in refugee camps in neighbouring countries such as Tanzania, many for longer than a decade and some for almost their entire lives. Some Burundians have fled their country more than once. Living conditions in these overcrowded camps are harsh, water and sanitation inadequate, infectious diseases a continued threat and, with a mix of ethnicities and political orientations, many people have experienced insecurity and ongoing trauma.

The story for this panel began unexpectedly one Sunday morning in February 2006 with the arrival of two Burundian families (20 people) at the Brisbane Meeting House. The themes depict graphically Quakers at the Meeting House wide-eyed. The text was drawn on the oceans they crossed, and the ubiquitous chickens of village life are shown wandering freely around.

Abel Siboniyo, himself a new arrival in 2006 and the only English speaker in the group, had been a Quaker pastor in Burundi and knew there were Friends in Australia. He asked a friend to Google a Quaker Meeting in Brisbane. The Kelvin Grove address was found and the two taxis headed to Kelvin Grove. With no notice at all, the two maxi taxis pulled up in the driveway and the large colourful crowd of twenty men, women and children spilled out onto the grass in front of the Meeting. The youngest child Oliver was just 3 years old.

The Burundians were welcomed at the door by the Friend on duty who was not expecting two taxis to arrive. Abel introduced them all. It was the end of a long journey from a little village in Burundi, to refugee camps and an international flight to Australia via Hong Kong.

Friends provided transport to Meetings and offered friendship. A singing group was established on the fourth Sunday. Queensland Regional Meeting (QRM) hired a person to hold the Children’s meeting downstairs in the Meeting House. Abel soon began assisting other new arrivals. He asked Brisbane F/friends to help by supplementing the meagre goods offered to refugees. Friends provided household goods, furniture, toys and bicycles. The Burundians were moved by the support from that first day.

Friends have continued to feel led to support Abel in his voluntary work of providing pastoral care to families making the transition to a new life here. The main costs are Abel’s transport and mobile phone. Currently these are met by a YM Peace and Social Justice Grant, QRM funds and generous donations (which funded a replacement car). The support Abel currently provides includes assisting people to know their rights, navigate government services and bureaucracies and the justice system.

Design and description by Rex Addison. Stitching by Anne Spooner and Queensland Friends