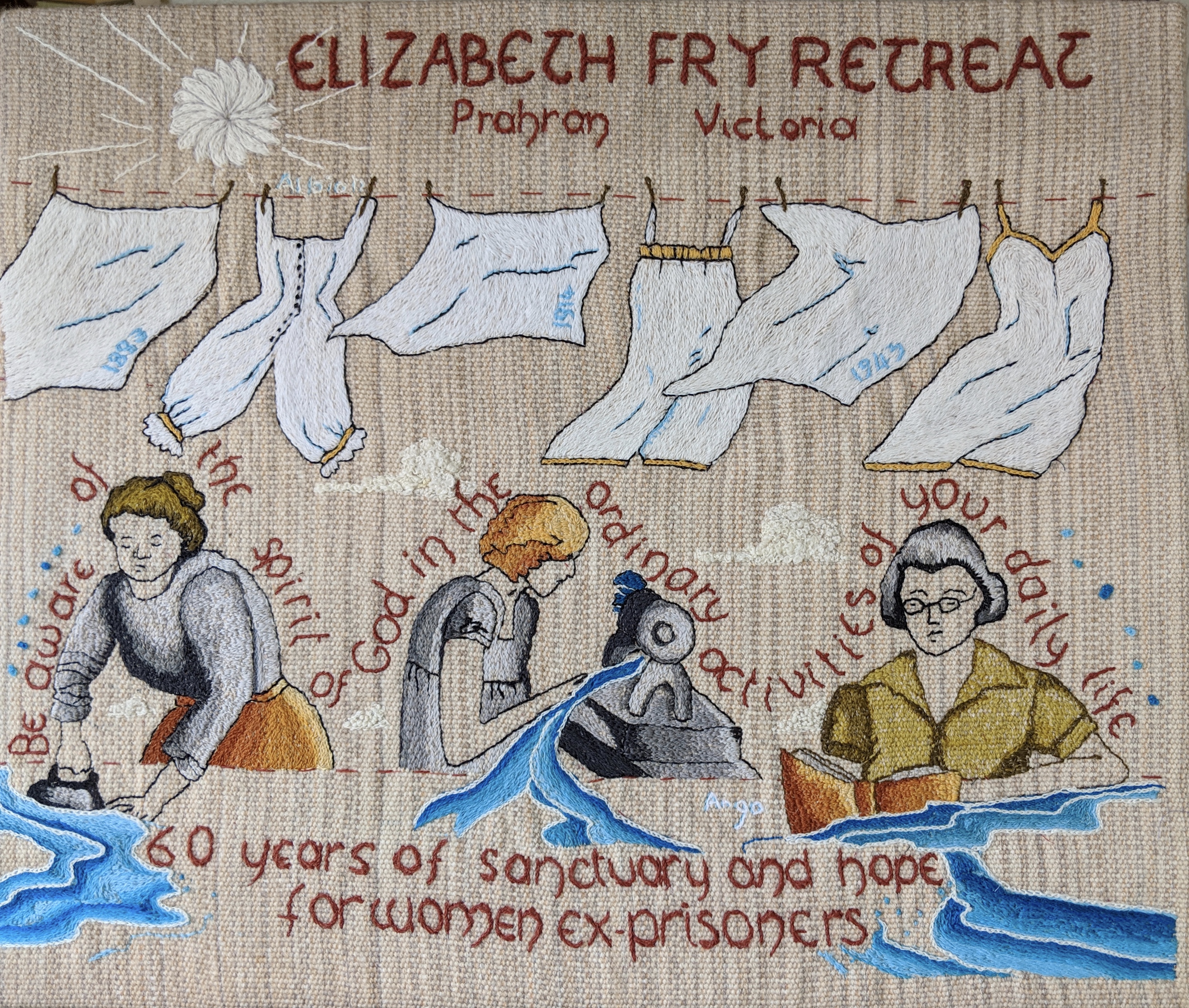 In 1883 Sarah Swinborn founded the Elizabeth Fry Retreat. It was initially called the South Melbourne Home and operated at Number 25 Lang Street in Prahran, changing its name to the Elizabeth Fry House in 1884 when it moved to Number 32 Albion Street. In 1885, it moved to Argo Street, just around the block, in South Yarra. In 1914, on the Argo Street site, new buildings were created and the Elizabeth Fry Retreat had a new lease of life, operating until 1943 when it was taken over by the Melbourne City Mission which carried on its work until 1957.

Today, the Argo Street Reserve, sitting between Albion and Argo Streets, has a fountain at its centre, named the Swinborn Fountain, after Sarah.

The Elizabeth Fry Retreat was a refuge and training centre for women ex-prisoners who would otherwise have had nowhere to go upon their release and no hope for the future. Originally, Sarah set up the retreat for older women who were instructed in domestic tasks, given some religious education and placed in employment. The bigger premises at Argo Street allowed for a larger laundry and the retreat became known for its laundry facilities – the handcart which collected and distributed the laundry was a familiar sight in the streets of Prahran.

In this piece, just as the block that was the site for the Elizabeth Fry Retreat for most of its sixty years of operation was bordered by Albion and Argo Streets, the upper and lower borders of the tapestry panel are named ‘Albion’ and ‘Argo’ but they also become clothes line and table – the women’s work surfaces – and between them take place the ordinary activities of daily life: just as the life of the retreat played out between these two streets, geographically.

Similarly, the water, which is symbolic of domestic duties and laundry, is also the material and fabric these women washed and repaired and ironed. As it flows across the panel it can be seen to play a third role and becomes the water of the fountain, named for Sarah.

Washing clothes is one of the constants of women’s life – as it is here, in the panel – between water and air, sea and sky.

The years are measured in the nature of the laundry – changing fashion alongside the unchanging ordinariness of sheets; changing technology alongside unchanging domesticity. And between one drop of water and another, the vastness of God.

Designed by Nadine Frick and stitched by Sally O'Wheel. 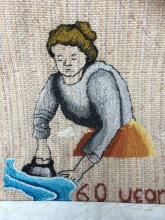 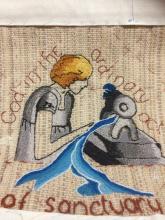