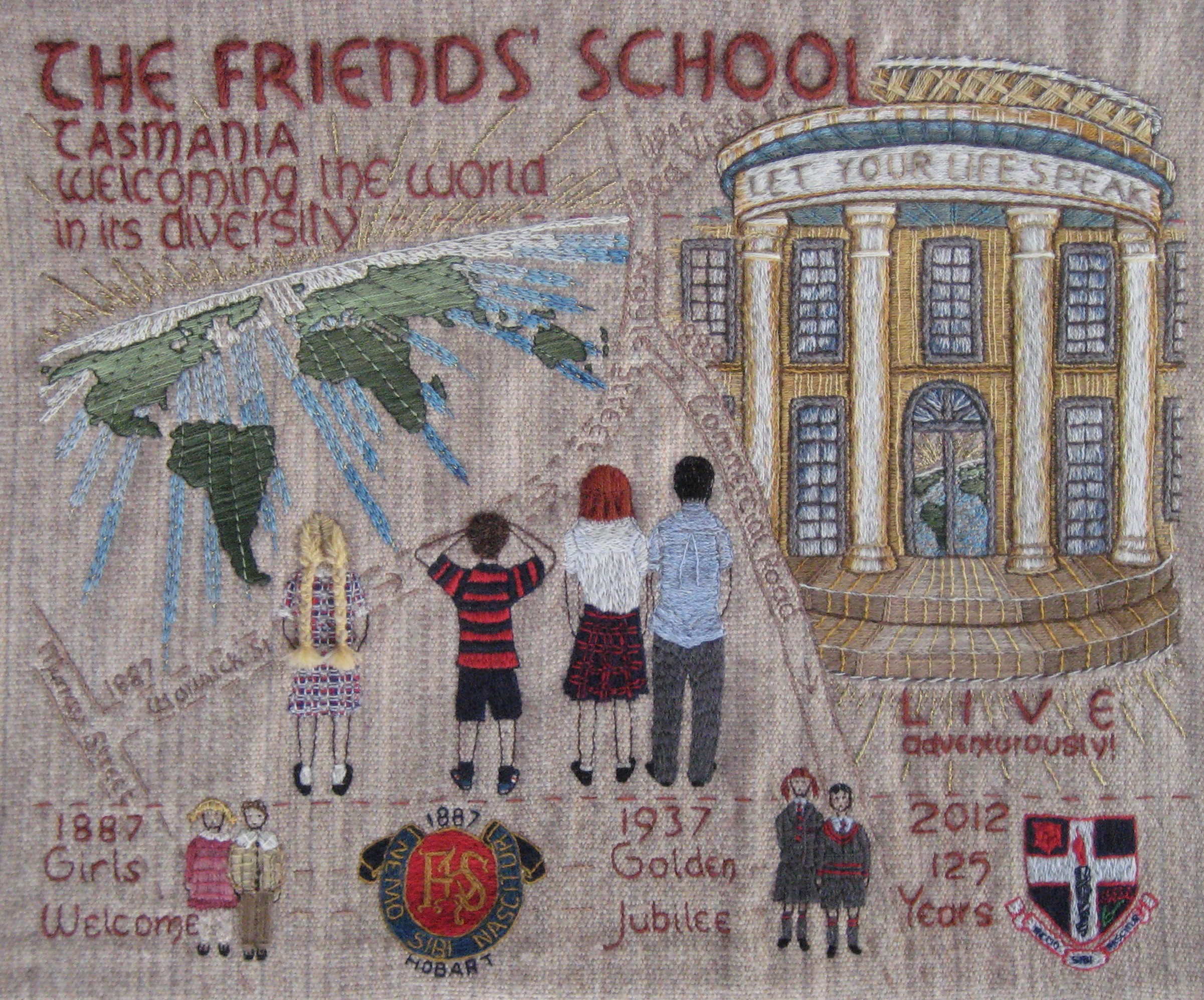 In 1856, in a small cottage in Murray Street, Hobart, adjacent to the then Friends’ Meeting House, Frederick and Rachael Mackie created a school to which, quite radically and notably, girls were welcome. Inclusion was, and is, very much a hallmark of Quaker belief and practise – and gender equity in education has always been a significant aspect of The Friends’ School.

The Murray Street school closed in 1861 – but, on January 31, 1887, the Friends’ School, with Samuel Clemes as principal, opened its doors in Warwick Street.

In 1889, the school moved to its Commercial Road premises in North Hobart and, in 1946, the Friends’ School and Clemes College (est. 1900 by Samuel Clemes -- upon his resignation as Principal -- and situated at Boa Vista Road and Argyle Street, North Hobart) amalgamated. Today, the school offers education from infant to matriculation-age students over these two campuses.

This is what the road maps are all about: tracing and locating the school in geographical place along a web of roads that don’t quite connect in this way on any street directory of Hobart but do, none-the-less, connect the school’s history and development in the Hobart landscape.

In much the same way, the school’s emblem, or crest, also marks a journey both symbolically and pictorially, through the use of stylised floral emblems:  the tudor rose, representing the link to our Quaker roots in Britain and the Tasmanian waratah, native to the state of Tasmania.

The colonnade is a highly recognisable architectural landmark in Hobart, which was added to the façade of Hobartville – the original building on the Commercial Road campus – in 1923.

The colonnade in the tapestry is as much about the physical building as it is about the values that the Friends’ School is built upon.

Nemo sibi nascitur: ‘No-one is born for self alone’ or, ‘We are members one of another,’ is the school’s motto appearing on the crest, and encourages a commitment to service to others, both locally and globally, and a reminder that we are all connected. 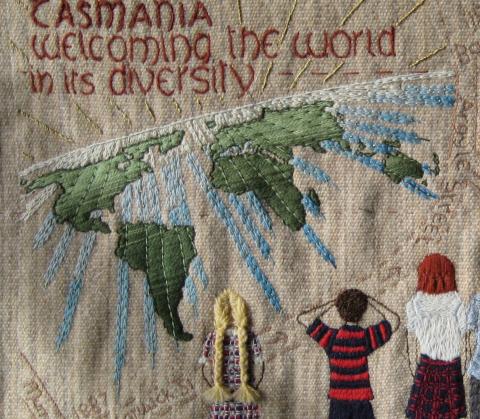 Tasmania is an island state: getting here and leaving here has always been more of a physical challenge, in terms of travel and logistics. But via sea and air and now, with the wonderful, wonderful Web (new, virtual roads to navigate!), we are connected to the world: we look to it and it looks to us.

‘Not owning the world’ is part of the Quaker belief: it is about a consciousness of our impact upon the environment and of the fact that we are, at best, temporary guardians of the land we traverse. ‘Welcoming the world’ / ‘Welcoming the World in all its diversity’ is about inclusion – an embracing of, and respect for, diversity of culture, language and expressions of faith and of diversity in all aspects of our lives and relationships.

In the centre of the tapestry, Friends’ students, dressed in an array of present-day uniforms, are looking to the world ‘out there’ -- seeing it in its entirety – and at the glow of the rising sun over its horizon; but, if you look closely, you’ll notice that the world can also be seen through the front door of the building behind the colonnade.

Friends’ equips its students with the knowledge and skills to live well in, and contribute positively to, the world. Friends’ also asks that we look to the ‘world within’, at the same time as it offers us perspectives on both the ‘world without’ and on how we may choose to be in the ‘world without.’

Although we do not own it, we welcome the world in its diversity – and we go out into the world, letting our life speak.