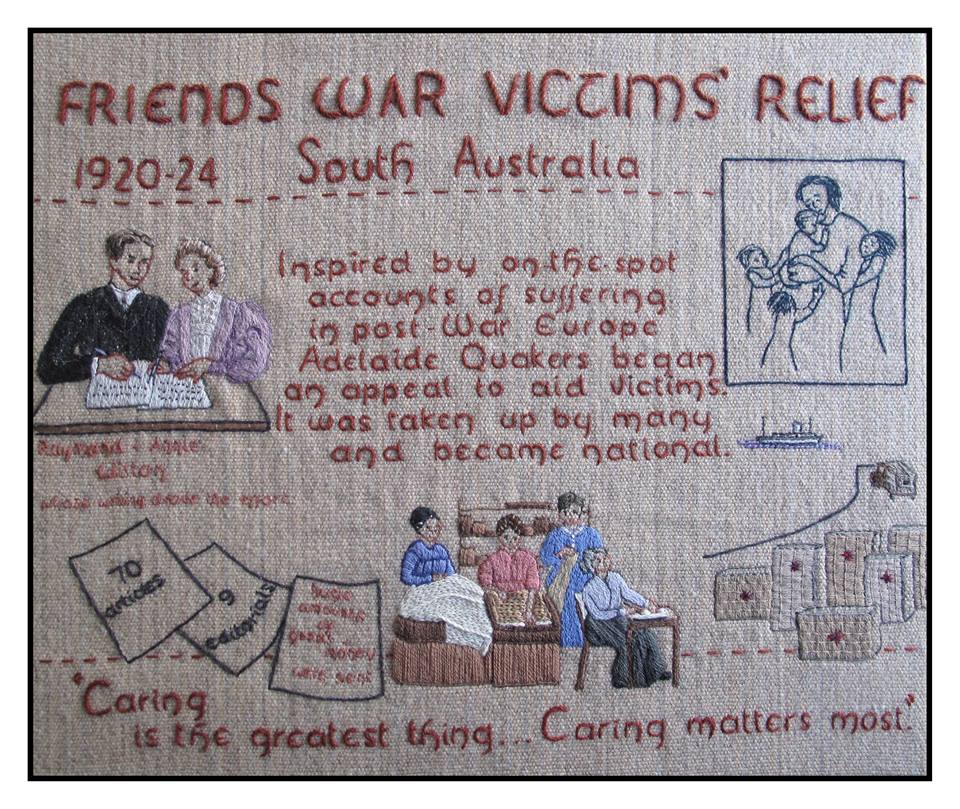 Between 1920-24 two South Australian Quakers, Raymond and Annie Wilton, began to bring the plight of European survivors of the War to the attention of the public. While in London they had seen the work of the Friends War Victims Relief Committee, and knew at first hand the desperate need of destitute survivors, particularly women and children who died from tuberculosis, typhus and starvation as they tried to survive in countries ravaged by war.

Over four years the Wiltons were instrumental in the publication in The Advertiser of seventy articles and eight editorials about Quaker famine relief. There were first-hand accounts from those working with the Friends committee in Europe. Two Adelaide women, who were not Quakers but worked with them, were Ethel Cooper and Joice Nankivell.

The relief effort was initiated by the Quakers, but it widened to include other churches and service groups and eventually became national.  In SA the president of the committee was the Bishop of Adelaide and the vice-president, the Vice -Chancellor of the University.

Huge amounts of money and goods were donated, including twelve consignments of food and clothing. Lists of donors were published daily in The Advertiser.

This panel shows a group of women packing some of the goods, and a heap of boxes and bales, each bearing the distinctive Quaker Star, waiting on the wharf. In the top right-hand corner is a copy of a drawing by the German artist, Kathe Kollwitz, one of a series drawn from life depicting women and children who were victims and survivors of the war.