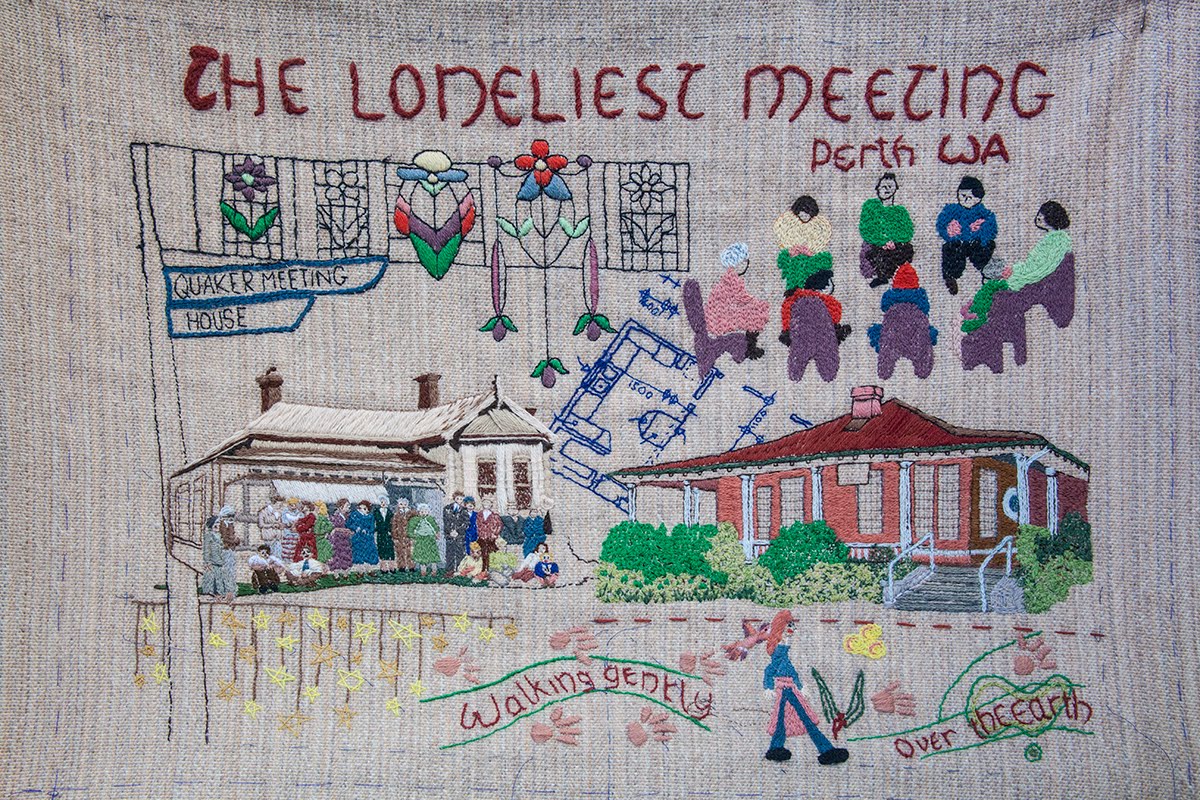 Of the two houses depicted in the design of the panel, the first to be owned and used by the Meeting was the Lyall Street house in South Perth that was acquired in 1955. It was due to the generosity of individual Friends and Meetings around Australia that we were able to afford to purchase the house, which was then owned by the Foxcroft  family who were members of our Meeting until they moved to Hobart to be near to the Friends School. As property owners, the newly incorporated Meeting now became The Religious Society of Friends (Perth Monthly Meeting) Inc. The first Meetings for Worship were held there in May 1955 and the house was soon adequately furnished with gifts of books and surplus furniture and a tenant was installed in a small flat beside the house.

The Perth Meeting continued to grow in numbers and included many  children for whom concerned Friends were endeavouring to run a Sunday School twice a month in a small shed in the garden. By 1965 this was inadequate for the expanding children’s group and the Meeting decided it was time to look for a larger meeting place.

The search began for something more suitable for the growing Perth Meeting and a year later a property in Mount Lawley was suggested. It was investigated by Friends and the feasibility of purchasing it was assessed. It took a weekend, with much prayerful discussion by the Premises committee and Elders to make the decision to purchase 35 Clifton Crescent. Through the generosity of the owner as well as promised loans and gifts from Friends, within five years everything was paid for, even the mortgage.

Various alterations and repairs have been made to the house since 1967 and in discerning the need for these, many problems have been confronted and overcome. Major renovations to our now restored 1920s home were financed through the accumulated Building Fund and the garage became the Children’s Meeting room.

Perth Meeting is now Western Australia Regional Meeting – referred to in a Friendly way as WARM and we have space and facilities for visitors, which of course includes members of our other WA Regional worshipping groups. It is available for use by Community groups and with the extensive Quaker Library available to all, it isimportant part of the ‘Presence’ of Quakerism in Western Australia.

Designed by Beth Harcourt. Stitched by Tricia Wood and members of the WA Friends in Stitches.