Spiritual Comfort in the Mountains 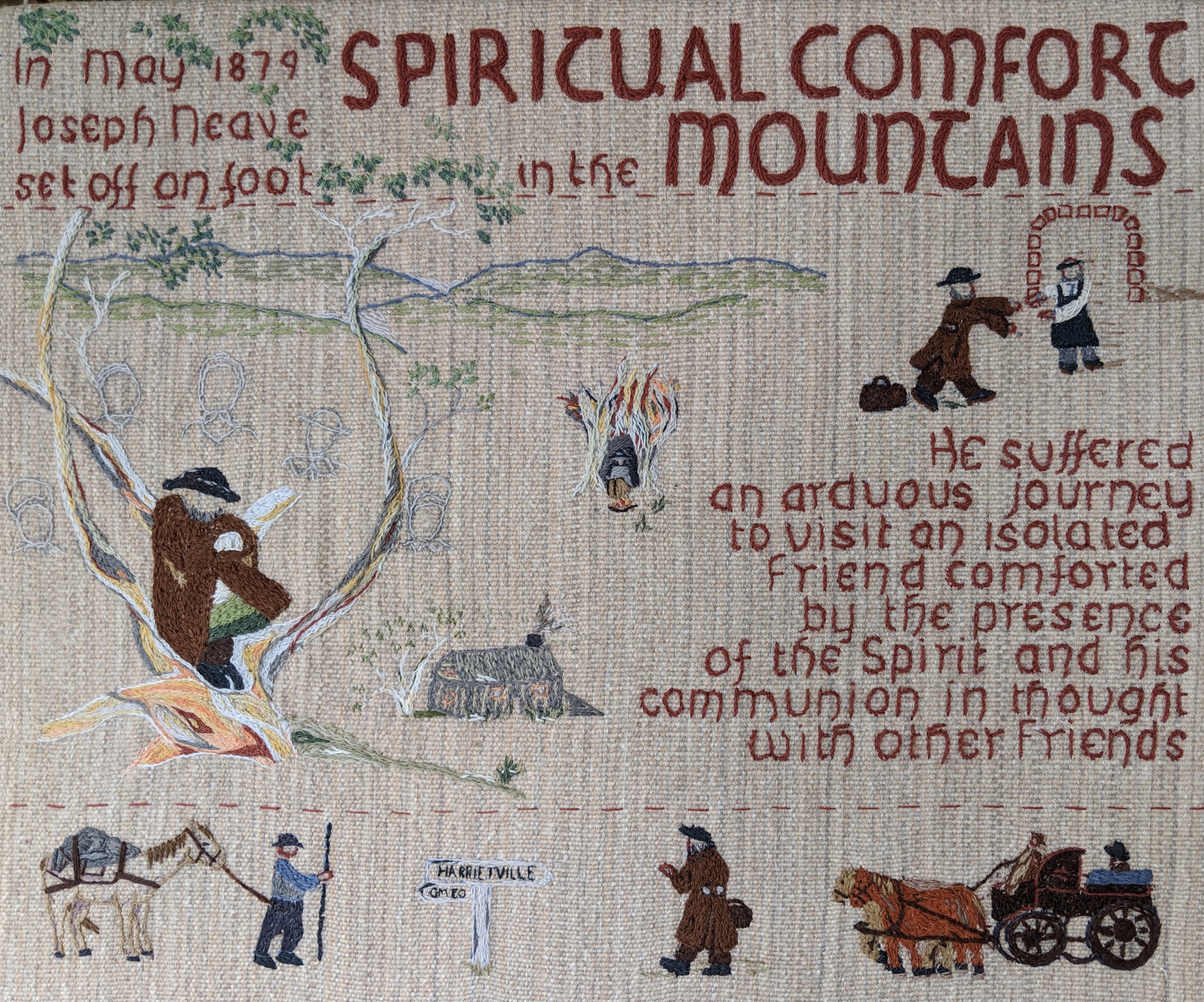 Joseph James Neave first visited Australia in 1867 and later married and made his home in Sydney, although he continually travelled among Friends. In order to visit a Friend in Omeo he crossed the Bogong High Plains in the depth of winter, on foot and without matches. Lost one night, he “found a comfortable seat in the arms of a gum tree.

This quote from this we can say so inspired Heather Stuart, from Bairnsdale, near the Bogong High Plains,  she felt the story should be immortalized in a panel and she and other people from Bairnsdale designed this panel. JJ Neave, during his time in the gum tree felt himself being held by those currently attending Yearly Meeting in Britain. Next day, he continued his journey and stumbled across a hostel where he was given matches before continuing his journey. Eventually he met up with the isolated Friend in Omeo. During the production of this panel, the Bairnsdale stitchers changed the heading from Isolation to “Spiritual Comfort in the Mountains”, which is a good illustration of how the panels often develop a life of their own in the making.

This panel was stitiched by Heather Stuart and the Bairnsdale stitchers, Wilma Davidson and Ellan.